HORA eTec presents itself successfully on the international stage

HORA eTec presents itself successfully on the international stage 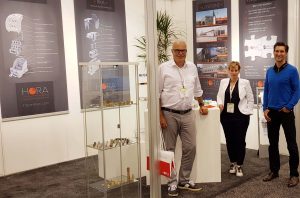 “We have met an extremely good response with our component portfolio”, says Managing Director Dirk Niestrat and draws a positive conclusion from the trade fair. In particular, the innovative electrical components attracted the interest of the American audience. According to this feedback, HORA eTec intends to design its products even more strongly in future to meet the special requirements of the American market.

In order to be able to supply its customers with its products more purposefully in the future, the manufacturer wants to expand its sales channels according to the American structure in the future. As a first step, a new sales location in the USA is currently being planned.

Alongside the presentation of the electrical components, HORA eTec will present its partnership with the Indian electrical parts manufacturer Shiv-om Brass Industries. In addition to Managing Director Dirk Niestrat and International Sales Manager Bettina Hägerbäumer, Dr. Bernd Bergschneider, Managing Director of the main shareholder BWKU, also inquired about the latest developments at the exhibition stand. 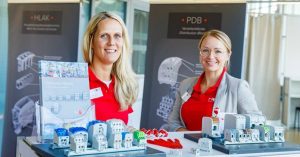 Almost at the same time, HORA eTec exhibited at the SLO-ElectriCity in Estonia. In the SLO Eesti AS, a Sonepar Group company, the focus was particularly on the aluminium terminal blocks relevant for the Estonian market. HORA eTec can now look back on more than one year of cooperation with the company in the field of electrical components.

Bünde-based HORA-Werk GmbH will be embarking into the future under its own flag. The Leipold Group has sold its shares in the machined electrical...

New name, new look, new strategy for the future: Based in Bünde, Germany, HORA-Werk GmbH has taken on a new name and identity as HORA eTec GmbH. The...